Recently, I have been thinking on this familiar phrase: 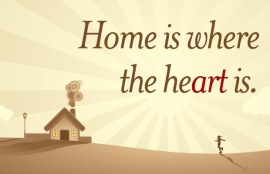 More specifically, I’ve been thinking about from the perspective of those who are homeless. That’s probably because in the last month, I’ve had a renewed focus on those without stable housing in the Dallas/Fort Worth area.

In her book, Helping America’s Homeless, Martha Burt helps us understand the various interpretations of the term ‘homeless.’ These interpretations focus  on the term as an experience. For example, at times, we refer to the homeless who are transient by choice – those without a defined place. We might refer to those as ‘gypsies,’ or ‘nomads.’  These individuals set up a home for a period of time, only to move on at a later date. Consider circus performers as an example, or those in the construction industry, or in the military, moving from place to place – but not usually without a structured house or apartment.

Likewise, some connect the term ‘home’ with family. When used in this context, ‘homeless’ points to the cultural norm that we are only ‘home’ when we are with our immediate family. The ‘homeless’ in this category likely have resources to put a roof over their heads, but they lack the feel-good nature of ‘home,’ because they live away from their immediate family.

I’m not talking about either of those types of ‘homeless.’ I’m referring to those who experience asset poverty to such a degree that adequate housing is only a dream. What is it to say “Home is where the heart is” to those who struggle on a daily basis for food and safety?

The last week of January is an important date for those who help this population. Each year, municipalities across the United States perform a ‘homeless count’ to estimate the number of homeless persons in an area. Gathered data counts not just the number, but also provides vital information about the population: How long have you been homeless? What services can we provide to you? Are there mental health issues, or were there instances of domestic abuse?

The Metro Dallas Homeless Alliance, in conjunction with the Collin County Homeless Coalition, sponsored the 2017 Metro Dallas/Collin County Homeless Count. Teams of individuals gathered at City Hall, starting at about 8pm, and were assigned two things: a geographic area, and a police escort. After a short instructional session, teams set out, surveys in hand, to follow their police escort to the most likely areas within the assigned geographic area where the homeless might be found.

This year, the weather was calm – in January, 2016, the temperature dropped to record lows, making it difficult to find and count people. Yet, given those conditions, it was even more important to find them.

My team, from Christ United Methodist Church in Plano, Texas, was made up of three persons, plus the police officer. Our first contact was over the phone with a woman who was staying with a friend for an undetermined amount of time. She had lost her job a few months ago, and had lost access to housing as her meager savings ran out.

Our second contact was with a man carrying several plastic bags filled with various staples and clothing; he was walking between a 7-11 and Quick Trip (well lit areas). When the officer asked if he would answer some questions, the man was embarrassed and offended. “Does this look like the jacket of someone who is homeless?” he asked. “I’m just looking for the bus stop.” We respected his position, and we left him a gift bag filled with health related items, food, and a small blanket. Our police escort suspected, as did we, that this man was one who hopped from bus to bus during the night, just to get some rest. So – we counted him, and took our best guess at as many questions that we could answer.

Our final contact was with a man living in his car, who had parked in a Wal-Mart parking lot to sleep. Here, we learned of a smartphone app that helps people who, among others, live in their cars and are looking for big box parking lots that are rarely patrolled by police. Rather than answer our questions, the man asked to be left alone.  And again, we understood that position. Even so, we left another bag for him, in hopes that it provided some nourishment and comfort to him. 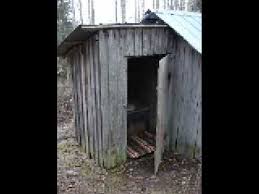 On the map which sketched out our geographic area, there was a red dot. These dots indicated areas in which persons had been identified in the past. Beside this dot was written “little wooden structure.” We knew the area – there was a bridge that crossed a small creek, and we suspected that there may be some make-shift shelter there. But when we got to the area, despite our determined focus to find the structure, we were not able to locate one. Given the area, and the amount of rain that fell in the DFW area in 2016, our best guess is that any make-shift shelter would have been swept away in the rains.

We gathered what little information we could, and returned it by the midnight deadline to the City offices. From there, CCHC and MDHA compile the information and submit to national organizations, where grants and other resources are distributed based on community need.

You might ask what I learned as I joined many other teams counting and interviewing those without adequate shelter. The teams found individuals and families on the streets, in hotels, under overpasses, in cars, and huddled in remote corners of industrial complexes. I learned how creative one can be when there isn’t adequate housing for the night. I learned and appreciated the need to affirm that lack of housing does not eliminate a person’s dignity; but often, the homeless are shamed or made to feel like much less than a beautiful child of God.

I have learned that homeless are everywhere in our communities, but that community attempts to ignore or deny those facts don’t help solve the issues.

This is the first of a three part blog on homelessness. The next blog post will share information from a  documentary film focused on the problem of homeless youth in America. And the final post will discuss results of the DFW Homeless count, and what we can do to help with the problem.

In the meantime, I’ll ask you to ponder this question with me:

What does ‘Home is where the heart is’ mean to one who has no home?